Many homes not connected to municipal (methane) gas pipelines use propane for their appliances and furnaces. Other fuel uses for propane: 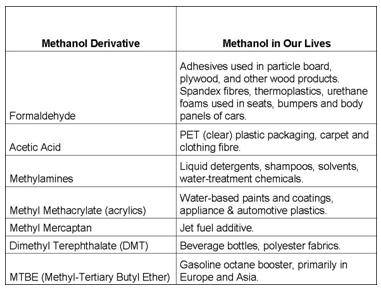 Gas is being depleted at a much slower rate than oil due to the high cost of transporting gas (especially from remote areas).

As much as 80% or more of gas is recoverable from a well/source versus about 50% of oil since oil tends to adhere to the sand grains in the formation.

Exploration, production AND MARKETING of oil and gas

Gas quality standards vary depending on the pipeline system and are usually a function of each pipeline system's design and the markets that it serves. In general, the standards specify that the natural gas be within a specific range of heating value. In the U.S., gas must generally be should be 1.035 MMBtu per cubic foot of gas at 1 atmosphere and 60 °F.

Sour Gas - Natural gas that contains detectable amounts of hydrogen sulfide (H2S) is called sour gas. It's a poisonous gas that is also very corrosive. Hydrogen sulfide must be removed from raw gas by rather expensive equipment at the well site to prevent corrosion damage to well site pipes and equipment as well as to meet utility pipeline gas specs. As H2S is particularly dangerous to humans, a typical pipeline limit for hydrogen sulfide would be in the range of 4 parts per million per 100 standard cubic feet.

Wet Gas - Wet gas is natural gas that contains naturally liquid hydrocarbons (called "condensate") with the chemical composition of gasoline. Refineries pay a slightly lower price for condensate than they do for crude oil because the octane of condensate is very low.

Natural gas is both a clean burning fuel source and the primary feedstock into the U.S. petrochemical industry. Raw natural gas in fields is processed to separate the methane out from butane, propane, and large amounts of ethane. The three heavier liquids are prone to condensation in natural gas pipelines.

Methane - One carbon atom; chemical formula CH4. The principal use of methane is as a fuel. The natural gas that is delivered to your home is almost pure methane. Methane is also an upstream component of many important industrial chemicals: